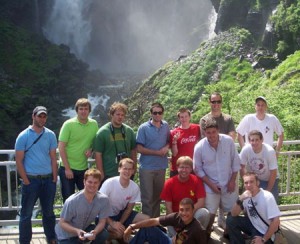 On a particularly dark night in May, twelve students embarked on a journey from Hampden-Sydney to the Land of the Rising Sun.  With Professors Eric Dinmore and Matthew Dubroff leading this procession through Japan, a land of dragons, samurai heritage, and timeless tradition, the group departed from America and landed a day later at Kansai Airport. We arrived with high expectations and anticipation of the sites to be seen.

From the airport in Osaka our journey began in Kyoto, a city where old ways meet the innovation of the present. The beauty and spiritual depth of Japan was revealed through encounters with the Golden and Silver Pavilions, ornate shrines, inspiring temples, and the many art forms that a person can spend a lifetime mastering.  One almost felt as if he were dreaming when wandering through the culture that defines traditional Japan.  Yet, everyone was reawakened periodically by the harsh reality that this trip was also an academic program, and reading, studying, and presentations broke the rhythm of an otherwise ebon flow.  This responsibility to maintain academic awareness amidst so many awe-inspiring wonders and unbelievable opportunities in fact exemplifies the concept of giri-ninjo, or duty versus desire, a theme expressed in traditional Japanese arts. 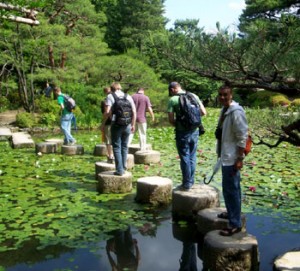 Not forgetting that the traditional side of Japan coexists with a contemporary hustle and bustle that stops only when halted by a red crosswalk signal, the group conversed with locals and explored the restaurants and nightlife with wide eyes and a true Hampden-Sydney curiosity. This was especially true in Tokyo, where the present actually moves toward a wondrous and ever-evolving future.  If ever there were a place that could be called a futuristic metropolis, Tokyo is that place.  Few have ever witnessed such awareness of fashion, technology, and activity as the group came upon while in the city.  In fact, by the time of the yakatabune harbor cruise and dinner that marked the end of the group’s visit to Japan, each member, including the professors, could call claim to a very personal superlative accompanied by a memorable trinket and story to tell. 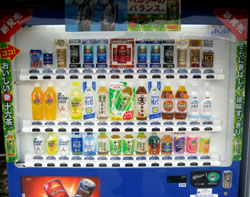 From start to finish, there were many firsts on this journey.  For some, this trip meant their first ride on an airplane, train, or subway.  For others, it was an indulgence in new cuisines and countless new drinks from the many vending machines that lined the streets.  For yet others, it was their first time simply reflecting internally and documenting their evolution as they reevaluated themselves throughout the journey.  And further still, some took the true cultural plunge, from accidentally buying traditional undergarments, to singing uninhibited karaoke, to sumo wrestling in the subway, to getting lost on purpose simply to find themselves.  But whatever the memory, the consensus in our culturally enlightened group is undoubtedly that this journey through Japan was unforgettable. 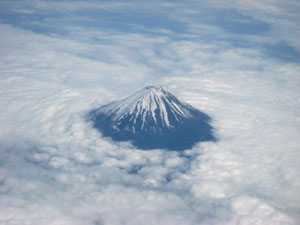 Mt. Fuji from the air: photgraph takem by Richard Shelby