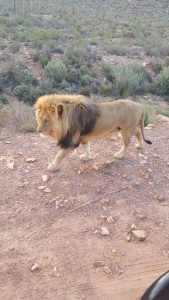 After experiencing the sheer beauty of South Africa combined with the abundance of exhilarating activities, I honestly thought that no country on this trip, or likely any country I would ever visit could top my experience here. In South Africa, I went on the most beautiful hike of my life, had some of the best meals I have ever had, went paragliding, went shark cage diving, chartered a yacht for a fishing expedition, toured some of the most beautiful wineries, and stayed at a luxurious safari. I did this for around one thousand dollars. Then, I encountered India. I did not go to an animal safari or soar through the air in a parachute like I did in South Africa, but that was okay, because India amazed me on an entirely different front. Where South Africa was identical to the United States in many ways, such as food offerings, language, nightlife, and availability of goods, India was like no place I had ever been. 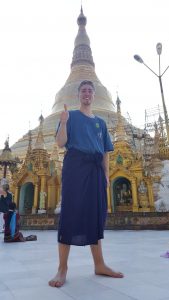 I will never forget looking out the window of my airplane, only to see grey, not because of the clouds, but the smog, the air pollution. Then upon touching down, seeing people use the restroom in the streets, drive without lanes on the road, sometimes fitting 5 vehicles in a space equal to about two lanes, or even share their streets, their homes, their cities with a whole variety of animals. Accepting that there are people just as happy as me that live day to day in these conditions that not even the poorest of poor Americans face was mind provoking. Understanding that many of these indian people lived in shacks, so that they could give the majority of their wealth to construct these giant temples with unrivaled beauty was a wake-up call to how collectively Indians think. This collective religious ideal was even stronger in Myanmar where thousands upon thousands of pagodas were built from even poorer communities.

I don’t know if I will ever witness a structure more majestic as the Taj Mahal. When I walked under the arch, and the Taj Mahal came into sight, I was overwhelmed with awe. In conclusion, India taught me that the goal of traveling should not always be about chasing a thrill, but more often about discovering a unique culture.