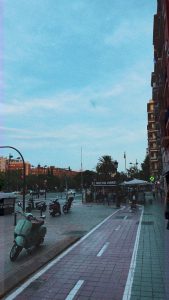 My name is Tanner Voliva and I’m a senior here at Hampden-Sydney College. Given that I am a Spanish major, I knew I would be studying abroad in a Spanish-speaking country, so I decided to look into the programs that were being offered during this time. The more I talked with native speakers, the more I was advised to study in Spain, as Spain has the more proper Spanish. After brushing through the programs, I found the UVA in Valencia program! This program had many different options for courses and activities within the city; so, I fell in love! Now that I’m finally here, I’m not only looking forward to improving my abilities in Spanish but also learning more about the city and the history of Spain. Yet, coming from my small town in North Carolina (and the just as small Farmville), I’m a little nervous to see just how the city life will be for me! It’s definitely going to be a change of scenery, that’s for sure! As of a couple days ago, I can officially say I’ve ridden on a city metro! However, if you have time during your time here, I would suggest the public buses – that way you get to see and learn the city as you ride. Like I said before, I’d love to learn more about the city but that also means getting out on the town and learning the streets and plazas. For someone like me who hasn’t seen more than a few traffic lights, that’s a huge challenge; but nothing anyone shouldn’t try to achieve! 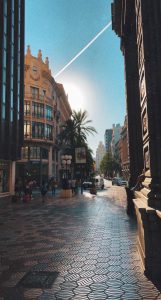 Throughout the semester, I also hope to get involved in the lifestyle that is Valencia, Spain. I’d love to get to the point where I meet friends that are native and am able to go out and hold my own in whatever scenario I am presented. Though it’s only been a handful of days, I can already feel a change in my language skills. I know for sure that studying abroad is an opportunity meant for everyone!