The Social Side:
Since my last blog, a lot has happened. I have had some fantastic experiences with my fellow General Course students in the City of London. For example, I have visited Saville Row, the premier place in London, if not the world, for Bespoke suits. Realize that this is not just about the suit, but also the experience. The fitting rooms do look like the James Bond or Kingsmen movies – and the options are amazing, “would you like tortoiseshell buttons?” These suits run several thousand dollars. I went for my first London Haircut: 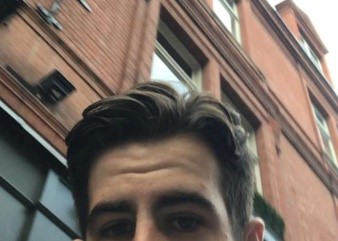 I mentioned previously that joining the student union groups is a core part of the social experience. Not only do you enjoy great activities, but then the groups explore the city. These groups have regular students and General Course students (e.g., Study Abroad students). So there are often students who know the city and can take you to hidden gems! We went to a Cigar Bar in the middle of the city, which was a fantastic experience to enjoy and see the vast collections of cigars the bar had collected.

I was able to go to the LSE Shooting Club’s first outing. 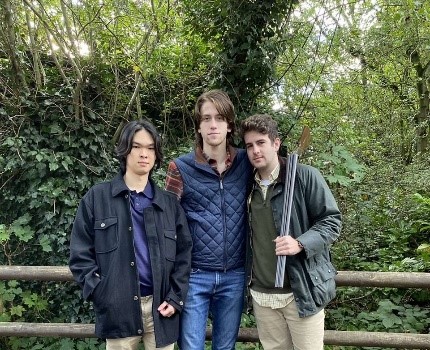 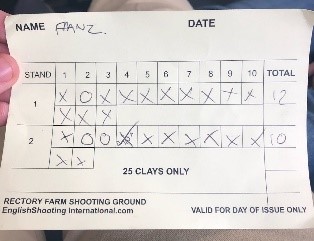 Finally, even though Thanksgiving is not celebrated in the UK, the General Course Program put on a Thanksgiving Dinner for the American Students. I ate and then watched the Bears game.

The Formatives:
The social activities and the rigorous academic schedule keep me very busy. Unlike back home, midterm is a multiweek process called formatives. For full-time undergraduate students enrolled at the LSE, these midterms do not affect their “true” grades. Instead, they are participation grades. Even though these formatives do not “count” for most of the student body, it is almost impossible to find an empty chair in the library.

However, it has been fascinating how the European system tries to protect the work-life balance. LSE spreads the formatives over several weeks. The classes reduce their workloads. There is a general focus to make sure the students succeed. This is definitely in stark contrast to the US approach of compressed Mid-terms. 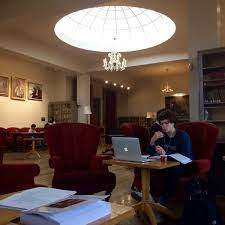 Studying for the formatives and finding an empty seat in the library has been a blessing and a curse because it has forced me to explore the campus. I have found the original library of the LSE called the Shaw Library, and this has become my study space. 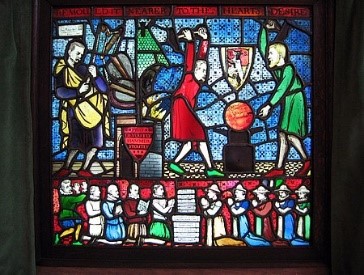 I often get to sit by a fantastic Stain Glass window called the Fabian Window. It was commissioned by the founders of LSE – George Bernard Shaw, Beatrice and Sydney Webb, and Graham Wallas. It has a wild history, including being stolen, showing up in Phoenix, Arizona, and finally being installed at LSE.

Until next time…
Franz