Each year those associated with the Wilson Center gather to celebrate our graduates and to honor the recipients of the James Madison and Patrick Henry awards.  These banquets are always meaningful events as our students hear from role models who have lived lives of exemplary service.

The following students completed requirements for the Leadership in the Public interest and Public Service Certificate Programs, developed in the early 1990s for students interested in careers focused on selfless service. 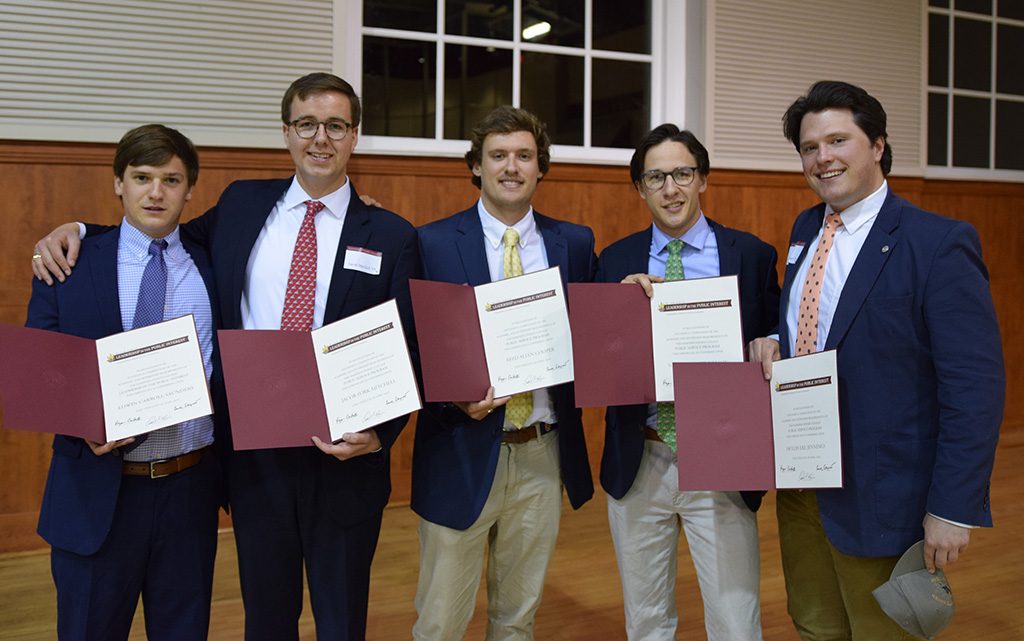 The Harvey B. Morgan Public Service Award is presented annually to a graduating senior who has successfully completed the requirements of the Public Service Program at Hampden-Sydney College, who has demonstrated an interest in public service at the local or state level, and whose integrity and excellence of character reflect those qualities as evidenced in the life of Harvey D. Morgan ‘52.

The following students completed requirements for the Military Leadership and National Security Studies Certificate Program, founded in 2005 as an interdisciplinary program to support students interested in the study of national security and military leadership. 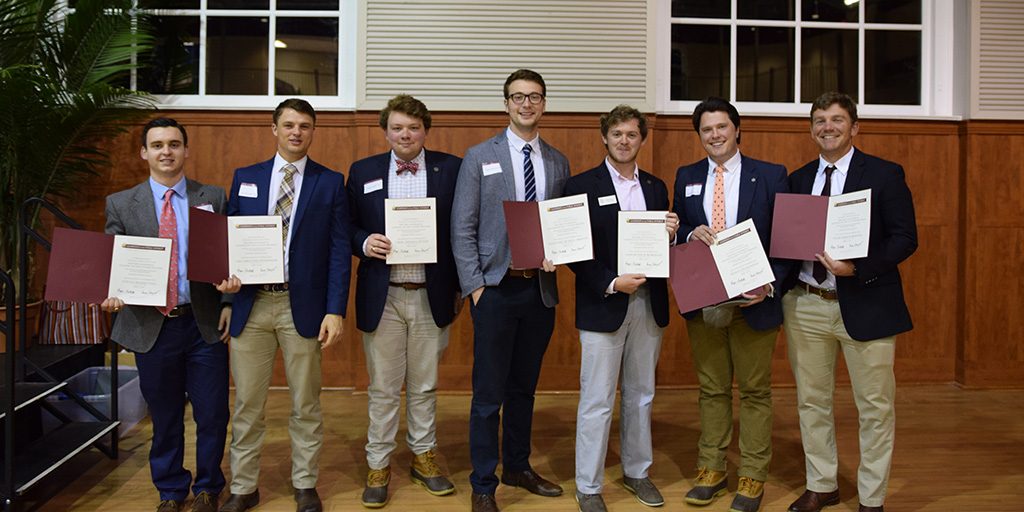 The James Madison award is presented annually to an alumnus or friend for distinguished service on behalf of the College and Wilson Center.  The two 2019 award winners are part of the very fabric of the College.  Both spent their careers teaching young men not just facts and figures but of how to live lives committed to service and how to act with character.  Congratulations to:

The Patrick Henry Award is presented annually to an alumnus who has distinguished himself in a career in public service.  Congratulations to the Honorable Herbert C. Gill, Jr. ’65 who served as a Circuit Court Judge for 27 years.  Judge Gill was presented by his classmate and friend Mr. John M. Boswell ’65.