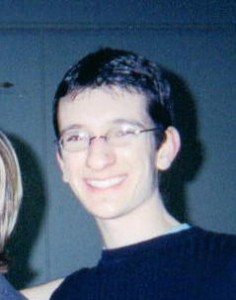 “Grab up the best undergraduate mathematics students, fly them to a great eastern European city, teach them enough Hungarian so they can get some narancsle (orange juice) and palacsinta (crepes), then throw them to some of the world’s greatest mathematical minds, and success becomes virtually inevitable. As an applied mathematics major I was challenged with finding a study abroad program that provided optimal higher-level mathematics courses. Budapest Semesters in Mathematics was the beautiful solution.

“I was part of a lucky group of about 60 students who battled through everything from getting a residence permit in Hungary with minimal Hungarian language skills to making an American Thanksgiving dinner in a foreign country. The program was simply amazing in that it showed all of us the great diversity in mathematicians. Not only was mathematical talent at its pinnacle, but extra-curricular activities were astoundingly diversified, with everyone running around Budapest enjoying everything from shows at the Operahouse to ultimate frisbee on Margit Island. I couldn’t have been luckier. We formed a really great family, and together we not only made Budapest our home, we learned some math while doing it.”