My twenty-first birthday is easily the most memorable birthday that I will probably ever have, but not for the reason that many other people would say. On that day, I landed in New Zealand for my study abroad adventure and my first time outside the United States. The first few days at orientation were incredible—we were all exposed to some of the New Zealand landscape, the wildlife, and the food relatively quickly. After a short period at orientation, my group elected another gentleman and me to represent them all as chiefs at a traditional Maori marae, or meeting house. I was blown away by the opportunity, and I’ll never forget the experience of speaking in Maori to Maori elders. 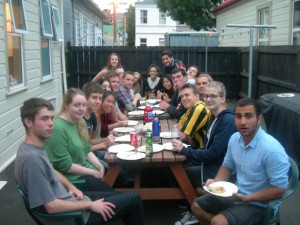 Once I arrived in Dunedin, the city that I called home for the next four months, I really started to enjoy the country. I was living in a flat with three other students, purchased groceries and cooked for myself, paid for electricity, and had more than one fight with one of my flatmates about whether or not to use the dryer (the clothesline was perfectly functional, but Dunedin cold and rainy for most of my stay). Throughout the semester, IFSA-Butler treated the whole group to different excursions: a murder-mystery dinner party, volunteering at an eco-sanctuary, a rafting trip, and an overnight cruise in the beautiful Doubtful Sound in the Fiordlands. 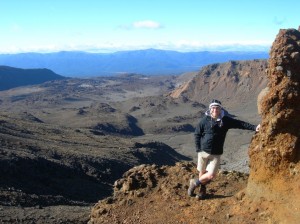 During my time in New Zealand, my Norwegian friends taught me how to say one particular curse word, my Swedish friends went jogging with me, my Kiwi friends got me to more fully appreciate the simpler things, my many German hostel-mates  made me laugh, and my American friends became closer than I could have imagined. I’ve never felt more connected to other parts of the world, and transversely, I’ve never felt more at home. Ever since I left New Zealand, I’ve felt an immitigable desire to return. I feel out of place back at Hampden-Sydney. Hopefully my girlfriend, who I met on my twenty-first birthday, and I will return there someday soon.