My experiences abroad in the imperial cities of Vienna and Budapest went above and beyond my previous expectations of the trip. I expected only a few statues and monuments carefully placed throughout the cities, but I learned quickly that we would easily view around a dozen during our rigorous and in-depth tours. The food was much better than I expected it would be, and there were even many American cafes and restaurants in walking distance from our hotels. I had no idea how the people there would react to American tourists, but I was pleasantly surprised by their continual politeness and kindness. 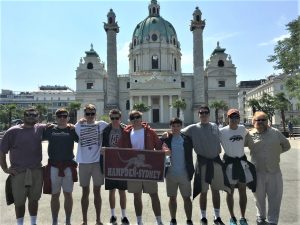 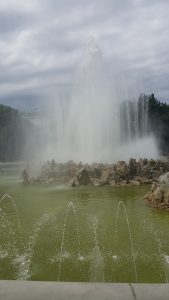 Some similarities I noticed involved the public transportation system and the security. The metro and tram systems in Europe are surprisingly similar to what we have in America, with certain times of the day being more crowded than others and its corresponding lack of personal space. It was sometimes difficult to navigate around the city because of the strange names such as Schwedenplatz and Blaha Lujza Ter, which were the two districts where our class stayed, but we got used to it by the end of the trip. 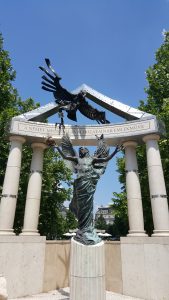 From this life changing experience, I learned that different parts of the world, at least America and Central Europe, were not so different from one another. They all honor their traditions and history’s. I also learned a little about myself on the trip, such as how easy it was for me and the rest of the class to absorb all of the information thrown at us and how we were able to quickly immerse ourselves into the respective cultures. The three weeks there flew by so quickly because it really did feel like a second home.
What I will miss most from my study abroad experience will be the experiential style of learning in the classroom. Instead of being lectured to in the classroom for four hours a day, going out with the class and seeing it for yourself made to so easy to learn the material. Experiential learning was exhausting, but I will remember every single day of class on this trip.